Fiasco Theater’s Twelfth Night, or What You Will

Shipwrecked on the island of Illyria, Viola and her twin brother Sebastian are separated, each fearing the other lost to the sea. Viola disguises herself as a boy and wades into a complex romantic triangle with Duke Orsino and the Countess Olivia. New York’s innovative Fiasco Theater brings their hallmark style and expansive imagination to one of Shakespeare’s funniest and poetic comedies.

By William Shakespeare
Directed by Noah Brody and Ben Steinfeld

Run time: 2 hours and 45 minutes, including one intermission 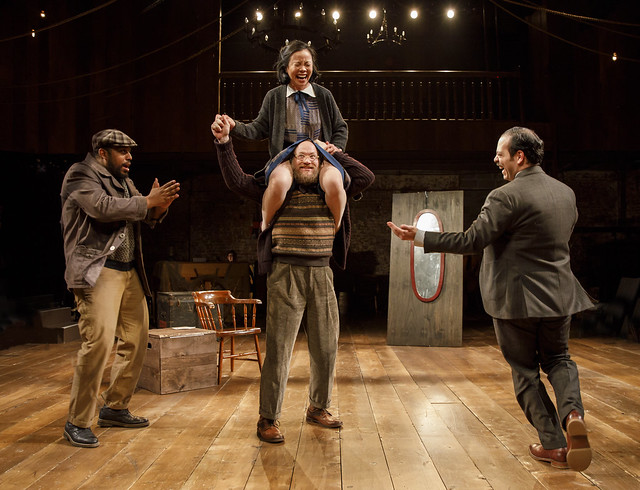 A Conversation with the Directors of TWELFTH NIGHT, OR WHAT YOU WILL

Be first, see more, and save!

Join us Thursdays at 6pm on Facebook and YouTube for one-on-one conversations between New York's leading artists and CSC Artistic Director John Doyle.